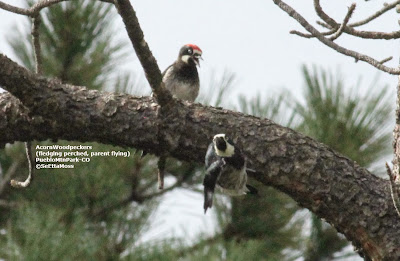 When I last checked on the Acorn Woodpeckers in Pueblo Mountain Park on July 8 the pair were flying in and out of the nest hole repeatedly so I had the impression they were caring for nestlings. This visit these rare woodpeckers were not near the nest tree but in another area of the park where I found them foraging. And I found 4 of them and it appeared that two were juveniles. The bird on the limb in the pic above has bluish eyes which are found on juveniles. 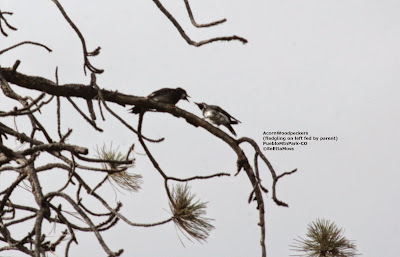 The center pic shows the parent bird on the far right as it was feeding the fledgling, the bird in the center. The bottom pic is a few seconds after the feeding and when enlarged the eye on the bird in the center is blackish, which is the color of very young juveniles. I think the bird on the far left is the other juvenile (the one with the bluish eyes) as it dropped down from a limb above when the parent came to feed the other young bird. SeEtta 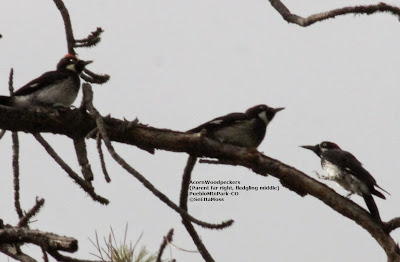