- November 02, 2012
Three days ago (Oct 30) I spotted the hawk in the top pic at dusk. It is a dark morph Harlan's Hawk-it is all dark except for tail (only underside visible) that clearly has a light/grayish undertail (at least the distal portion visible in pic), with wingtips a little shorter than tail (a characteristic of Harlan's per Hawks of W. North America). I suspect this is the dark morph Harlan's I have spotted a couple of times in Canon City in the past 2 weeks.

Since I knew at least one Harlan's was still around, the next day I went looking for one and the bird in the bottom pic flushed from it's perch and began circling higher and higher so I barely got this one reasonable pic before it took off. There is a 'white swath' (description in Hawks of W. North America) under it's eye visible when photo enlarged. White on neck not visible in this photo or in my brief views in the field (so could be an integrade?). This bird looks to me like a juvenile intermed…
Post a Comment
Read more

"Petrels spend most of their lives on the open sea; they are most often only seen when blown ashore by storms," CWC Medical Director Dr. Roberto Aguilar said. "The birds typically stay at least 30 miles off-shore and are almost never seen on Cape Cod. This is one of the few we've even seen at the Center."

A rescuer had found the seabird close to the shoreline, upside down and struggling in the water, buffeted miles off course by Hurricane Sandy. Arriving at the Center the evening after the hurricane had passed, the little bird was weak and weary.

- October 31, 2012
White-throated Sparrows are a rather rare find in my area of Colorado so I was delighted to find this one. And I believe it is even more unusual as it appears to be a tan-striped form. SeEtta

- October 31, 2012
The hybrid Black X Eastern Phoebes I usually see are more clearly intermediate in plumage than this bird. However, the inverted 'v' on it's chest has an unusually deep cleavage with almost a line of darker feathers coming across below the deep part of this cleavage. Also the abruptly extended crown is more extreme than on typical Black Phoebes and similar to one of the clear hybrids I have seen and photographed previously. Again, not definitive but with the number of breedings between Black and Eastern Phoebes in this area (Fremont County,CO), there is the possibility that hybrids will breed back to 'pure' birds ('crossback'). The offspring of these birds look like typical birds of the species. SeEtta
Post a Comment
Read more 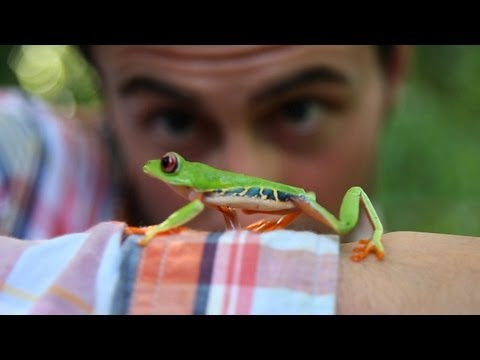 This is really too cool and takes less than a minute to watch. SeEtta
Post a Comment
Read more

- October 28, 2012
I am pleased that I got the natural glint in this hawks eye in these two pics (no, I didn't use flash, this is natural). Though the top pic and those in the post below appear to show a dark morph Harlan's Red-tailed Hawk, the bottom pic clearly shows there is too much white on the bird's chest and head to be a dark morph (and why I wanted to get a frontal view of this bird). As dark as it is though I guess it fits into a category of 'dark intermediate' (per Raptors of Western North America by Brian Wheeler). This certainly illustrates the importance of seeing the front as well as side and back of these birds. SeEtta

- October 28, 2012
In addition to the 2 Harlan's Hawks I posted below from Pueblo County, I also found a Harlan's Red-tailed Hawk in Otero County. Interestingly, Otero County is where more wintering Harlan's Hawks have been found. Many of it's features can be seen in the bottom pic that I got as it was just taking off from the light pole where I photographed it in the top pic.

Though I try not to flush the birds, especially raptors, I photograph these Harlan's seem extra sensitive and I was the reason it flew from this light pole. I was able to get more photos as it flew and then landed not far away (though I stayed further back to avoid flushing it again). SeEtta
Post a Comment
Read more

- October 28, 2012
This is the second Harlan's Red-tailed Hawk that was I found perched not far from the dark morph Harlan's in the previous post. This one, unfortunately more distant so photos not as definitive (nor were my brief views in my spotting scope), is clearly not a dark morph but appears to be an intermediate morph. SeEtta

- October 28, 2012
Yesterday I birded in Otero and eastern Pueblo Counties of Colorado. I returned to the location I found the dark morph Harlan's Red-tailed Hawk I posted here on October 15 and refound what seems most likely to be the same bird-same exact location, dark morph with similar markings. This time I was able to not only photograph it flying but also perched plus I got very good, albeit distant, views through my spotting scope.

Interestingly I found a second Harlan's Red-tailed Hawk, a bird with different markings, about a half mile away from where this bird was flying and perching. This bird did not fly over to chase the other Harlan's off even though the second bird flew closer, about a quarter mile away. Interesting. Will post the other's photos next. SeEtta
Post a Comment
Read more
More posts