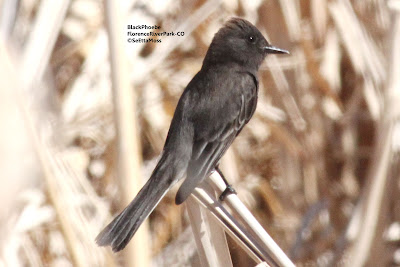 I found a Black Phoebe a few weeks ago at the Florence River Park so this phoebe I photographed there yesterday is likely the same bird. As we have had a population of Black Phoebes for over 10 years in this area, many have been hybrids from cross mating with Eastern Phoebes but this bird, at least in plumage, has clear Black Phoebe traits. As is often the case with the species, I found it by hearing it's distinctive 'tsip' calls. SeEtta