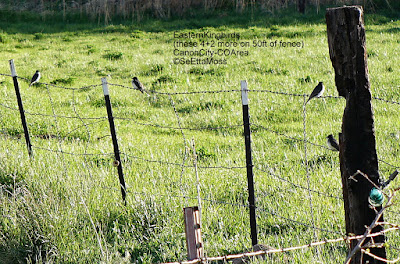 I found the 4 Eastern Kingbirds shown on this fence plus 2 more further down this same fenceline yesterday at a farm in the Canon City area. It really made me wonder if it was just some amazing coincidence that *6 Eastern Kingbirds* would end up on less than a hundred feet of fence on this farm at the same--or could they have traveled together as they migrated north?????????????????????? 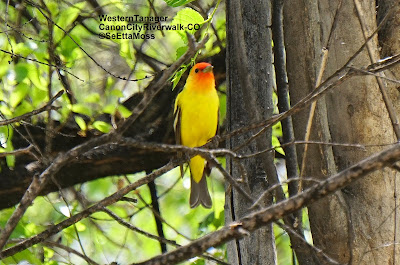 Heard a lot more Lazuli Buntings than observed--just this one observed, heard at least 4-5 others singing. This Black-headed Grosbeak had been singing up a storm as were several more of his species today and in the past few days.