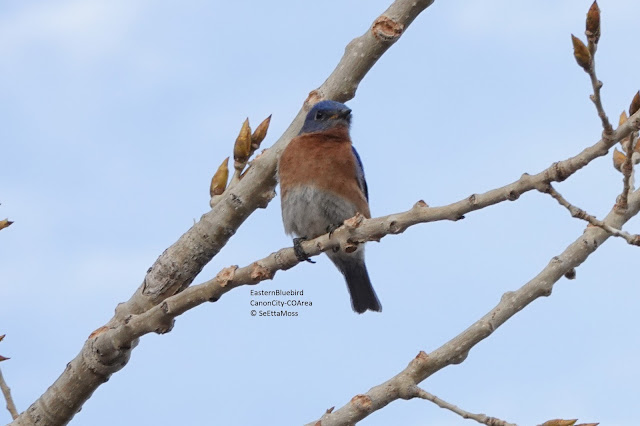 I found this handsome Eastern Bluebird over the week-end near the Pathfinder Park east of Canon City. While Western and Mountain Bluebirds are common here in south central Colorado we usually have a few Eastern Bluebirds visit in the winter and they have nested a few times too. I looked again yesterday hoping to see a female as well as this male but only he was visible. Hopefully a female will come along and they will nest. 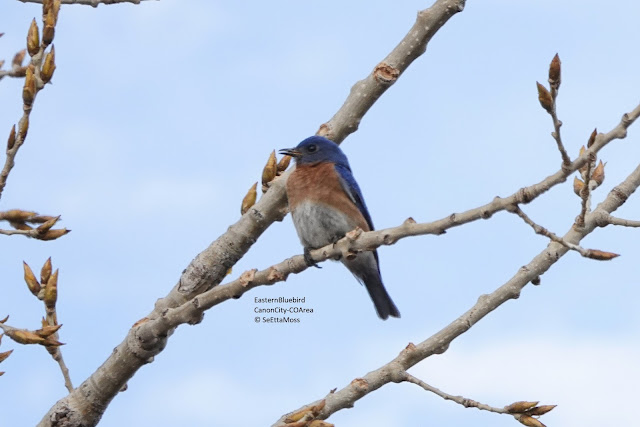