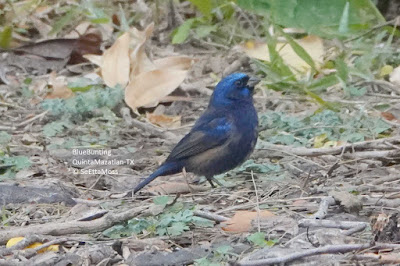 This rarity has been seen at Quinta Mazatlan Birding Center in McAllen,TX for just under a month. This species is not seen every year in the Rio Grande Valley and was last found in 2016 at Frontera Audubon where I got a number of photos and some video too. I The first time I went to look for it I missed it by about 30 seconds, the birder said there it is but it was out of sight when I got there. I have looked for it a number of times and finally saw late this afternoon. 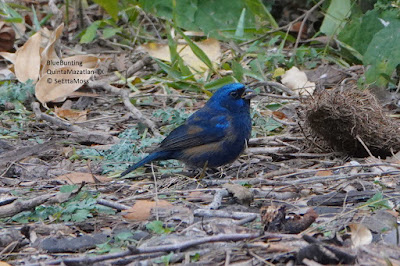 While this Blue Bunting had been observed a number of times feeding on seeds from grasses and plants. Now it appears it has found that feeding stations are good places to eat. Apparently it has been coming in to the amphitheater feeding station and that is where I found it. The pic just above show it with small seeds in it's bill (best to click on the pic to enlarge to see that) 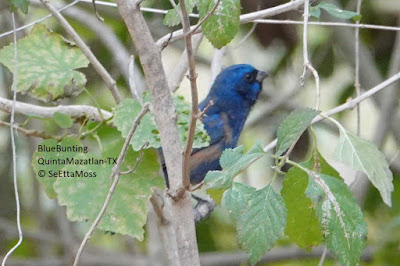 I was happy to observe it 6 or 7 times under the feeders and in the vegetation behind the feeders like these bottom two pics show. 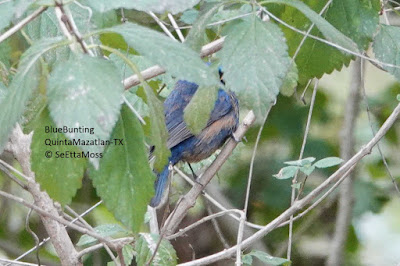