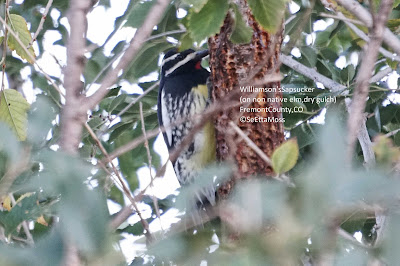 Late posting as I found this male Williamson's Sapsucker on Oct 10. He was south of Canon City in a dry gulch that runs through an area with pinyon and some ponderosa pines. I have found Williamson's Sapsuckers in this dry gulch in fall in previous years as well as many sapwells to indicate these birds must be migrating down through dry gulches.  Interestingly in these dry gulches I have found them most of the time on Siberian elm trees like the one pictured here.  However, when they go into Canon City they spend a lot of time also on non native trees but mostly on conifers like Scots and Austrian Pine. 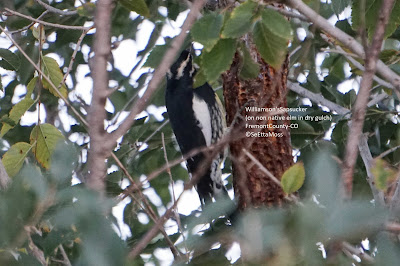