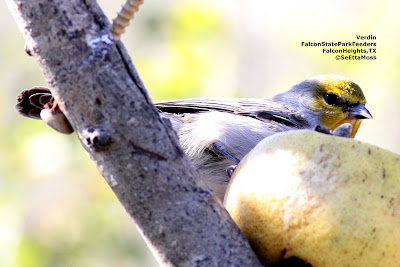 I photographed the Verdin the top pic at the photo blind feeders at Falcon State Park earlier this week. It was in the company of 2 other Verdin that stopped for a quick pick-me-up at this orange before flitting away. 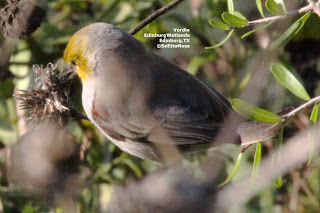 I spotted the Verdin in the bottom two pics this morning at Edinburg Wetlands. It was foraging actively with a second Verdin in several of the many native trees at this great birding spot that seems the host the most Yellow-rumped Warblers in winter of any place in the Rio Grand Valley. These photos aren't really sharp but they both show the rufous on the shoulder of this species but is often hidden. I was delighted as I have never seen this, not that I have seen that many Verdin. SeEtta 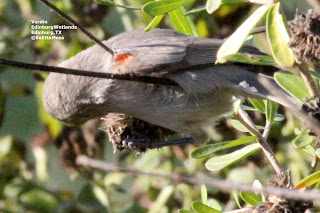