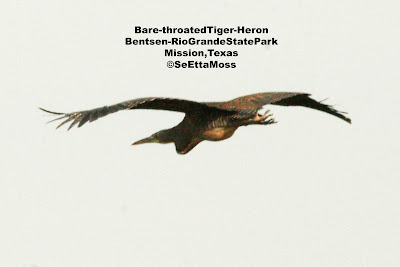 This is part of a series of pics I took during the 2nd flight of the BARE-THROATED TIGER-HERON this afternoon. Each of these pics was taken sequentially (and ordered on this post in the order taken) in less than a minute per the time stamp from my camera (I was shooting as fast as I could). Though the bottom pics appear larger they were actually a little more distant and the illusion is due to my cropping the pics as quick as I could while trying to make sure they accurately reflect the bird. 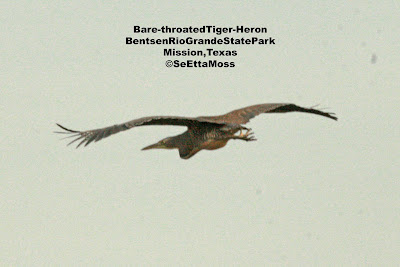 As the pics show, I did not get on the bird until it was a little ways past where I stood. As the bird flies further away it is turning slightly to the left. It flew in a partial arc as it flew around the group of birders on the levee. More pics in the series in the next post. SeEtta 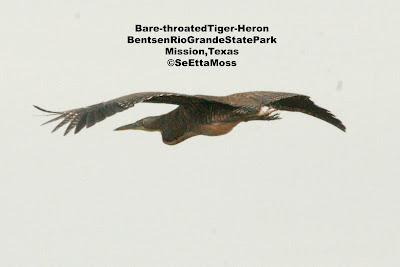 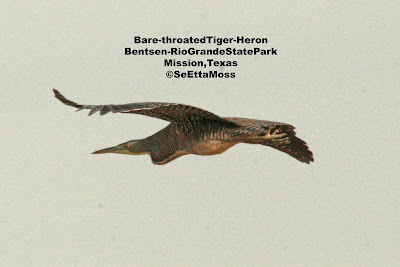